Our West African neighbor waved hello to the boys this morning as they were headed out to the bus stop.
Newt: "How can they say 'hello' to us?We don't even know their language!"
Me: "Of course they can. What language is a smile and a wave?"
Buzz: "Mime."
Oh, snap.
at 12:16 PM No comments:

Got it all figured out...

So they're clearing the lot across the street, pulling out trees, moving telephone lines, cutting into the asphalt and sidewalk... Lots of huge equipment and lots of 'struction guys. They're putting in a parking lot and landscaping. The boys have a great view from the playroom window.
Apparently this was not enough for Geo. I was in the kitchen when I heard him messing with the apartment door. Wearing only a diaper, Geo put on an orange 'struction vest and hard hat and was heading out the freaking door. He had figured out how to get past the tape, but the damn door eluded him. So I let the poor booger out just to see what he'd do.
He marched right the heck across the street and under the tape. Fortunately, they were on a 'break' at the time. He blended in perfectly, standing around, checking $#!+ out like a boss.
at 9:04 AM No comments:

"I just like tricking people. It's my duty. Because I'm a little brother."
at 8:12 AM No comments:

What have I done? 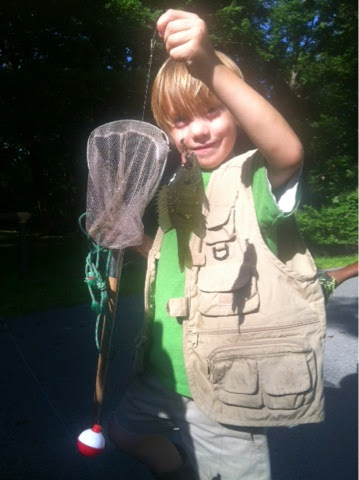 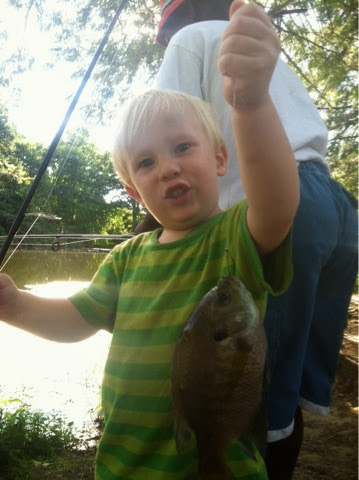 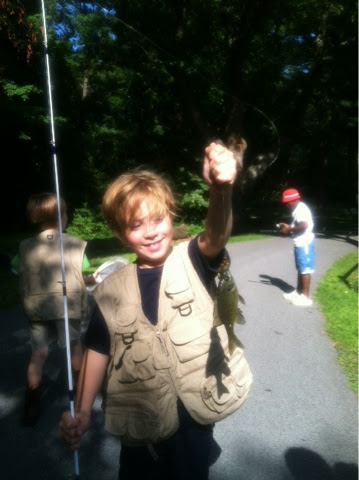 Aaaannnd... now the gardening payout hits! We made up a Korean-esque dish called Gar Den Bap. Kids beg for it. Or veggie dinner which is nothing but veggies.
at 8:33 PM No comments:

Hoffman's Playland is closing this year, so we're soaking it in while we can. 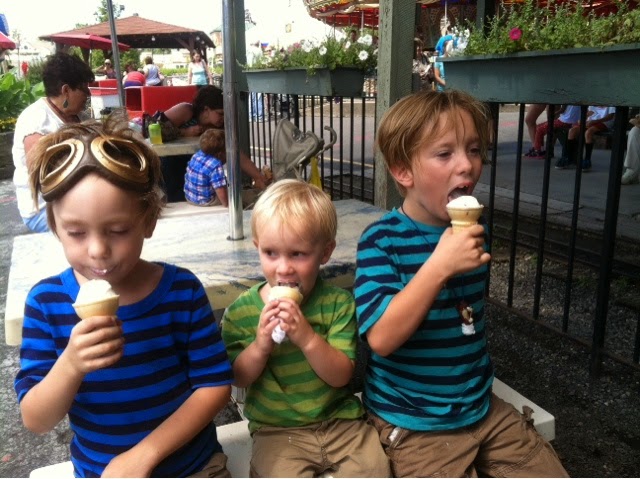 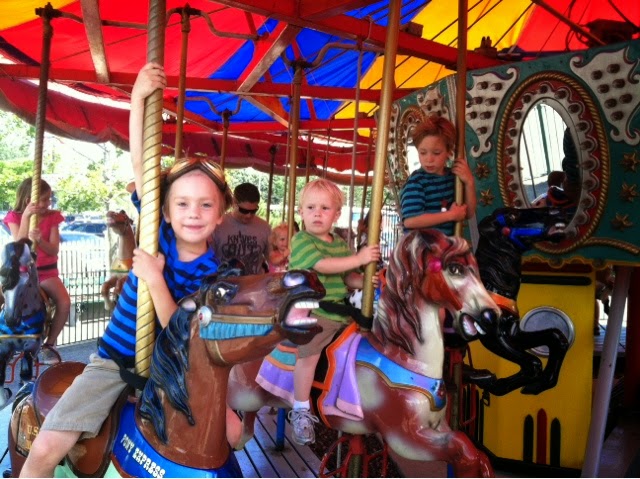 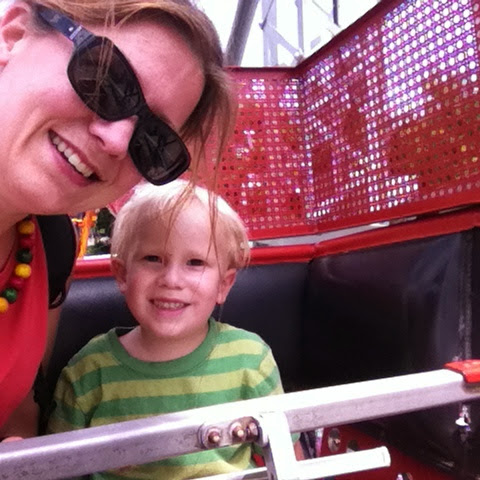 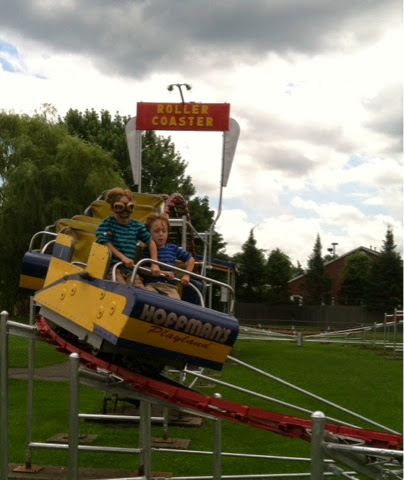 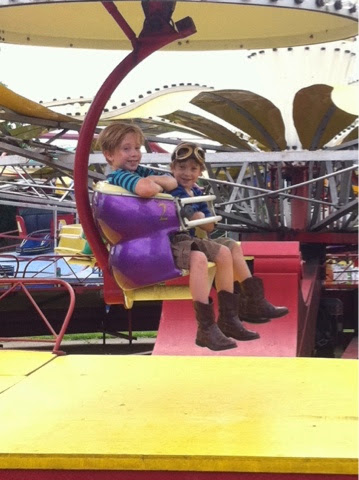 Could NOT be more proud! 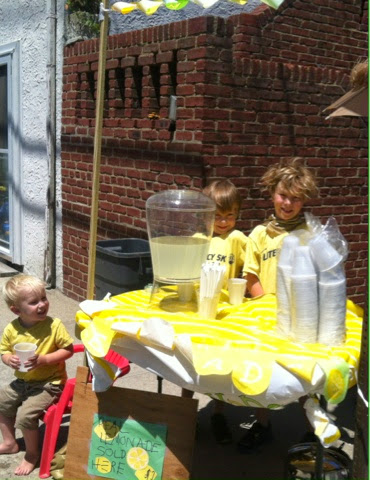 Seven-year-old Buzz Barclay marveled at the brochure. Unlike most of the mail that arrived at the Barclay residence, this special letter was addressed specifically to him. It was an invitation to participate in the 2014 Literacy 5K Run/Walk.

Buzz was a runner in the Literacy 5K held on May 4, 2014 at Rensselaer Tech Park. Other participants included his two younger brothers, Newt, age 5, and Geo, age 2. The boys had the option to be regular participants but they insisted on being sponsored runners and each managed to fundraise $50 to donate to Literacy Volunteers of Rensselaer County. They showed their silly sides by running the Youth Mile in Star Wars costumes to celebrate May 4 (May the Fourth be with you).

Little Geo has two awesome older brothers to look up to. Buzz, who enjoys history and reading Mary Pope Osborne’s The Magic Tree House series, has been reading for a few years now. His brother, Newt, is just learning to read and enjoys Barbara Park’s series, Junie B. Jones. Although he has a passion for his recently acquired reading skills, he excels at math and is already learning basic algebra.

“Being able to read opens up a lot. They don’t need to rely on me so much. Reading has given them a lot of independence,” their mom, Cindy Barclay, says. It is rare for children to fully comprehend the gift of literacy, but the Barclay boys have grasped it fully and appreciatively. When their mother explained what literacy was, they were specifically interested in the fact that there were people out there that were not able to read and that, sometimes, even grown-ups need to learn to read. In fact, according to the national organization, ProLiteracy, “36 million American adults need literacy help [but] only 3 million of them will be lucky enough to get it.”

According to LVORC’s Executive Director, Judith Smith, Buzz’s contact information was probably on a mailing list from the Turkey Trot that the boys had participated in a couple years ago. Not only did he and his brothers prove to be enthusiastic sponsored runners in the Youth Mile, the family also won the 50/50 raffle. When asked what they did with the money, Barclay says that the boys chose to use it to fund a lemonade stand to raise money for LVORC. Their first lemonade stand, which they set up one day in their grandparents’ neighborhood on Long Island, was a great success. Buzz and Newt both wore their Literacy Run shirts and Geo, who was a bit too small for the official Literacy wear, sported a matching yellow shirt. The sign above their lemonade stand read “Lemonade for Literacy” and attracted many generous customers looking to quench their thirst in the summer sun while supporting a great cause. The boys plan to set up two more lemonade stands locally, so be sure to look out for their famous “Lemonade for Literacy” signs in the neighborhood.

The Literacy 5K Run/Walk was not the first event that the Barclay boys have participated in to support local charities and it certainly will not be the last. The boys have also shown their avid support for other organizations, such as Quest for Grace, Unity House, and the local food bank. On their birthdays, they focus on giving to those in need rather than receiving gifts for themselves. “At first,” Barclay says, “we chose the charities for them. But now they are actively choosing charities to participate in.”

Events like the Literacy 5K Run/Walk help raise awareness of the literacy crisis that we face today and help us fund resources and training for our tutors, staff, and students. The three Barclay boys, who were among the youngest participants of this year’s Literacy 5K Run/Walk, have shown us that age is not a factor when determining the ability to make a difference. (This post was contributed by Erin Donahue.)

Buzz is writing a series of books about chess and chess pieces. Here's a tidbit from the book about Knights: 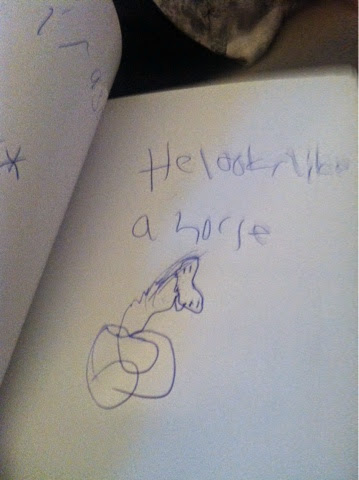 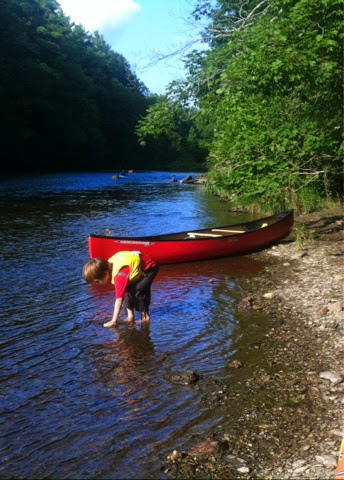 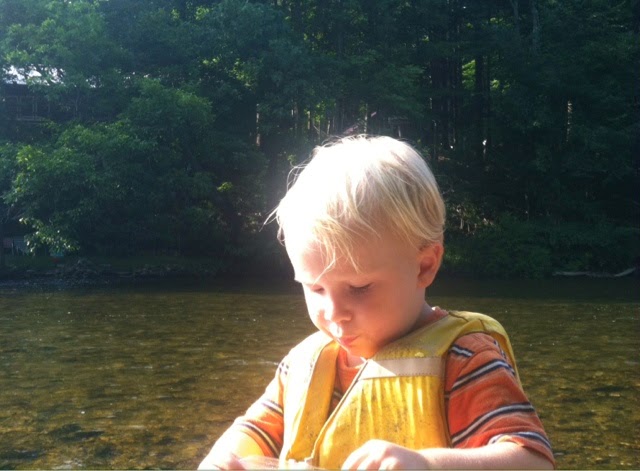 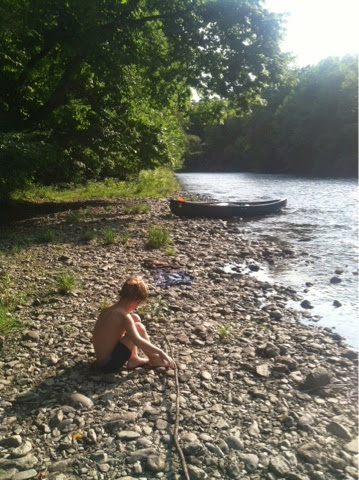 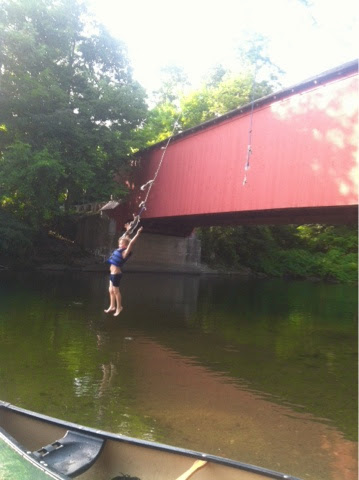 Finally, someone else is getting groped. 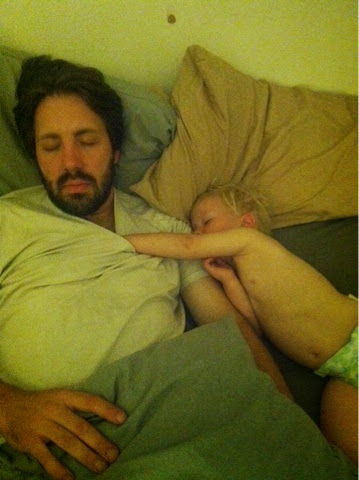 Ken taught Geo how to do a Wet Willy, licking his finger and sticking it into Geo's ear. "You lick it first, and then 'Wet Willy!'"
"Lick it first, an' Wet Willy!!" said Geo, inserting his wet finger into his own ear.
at 10:59 AM No comments: 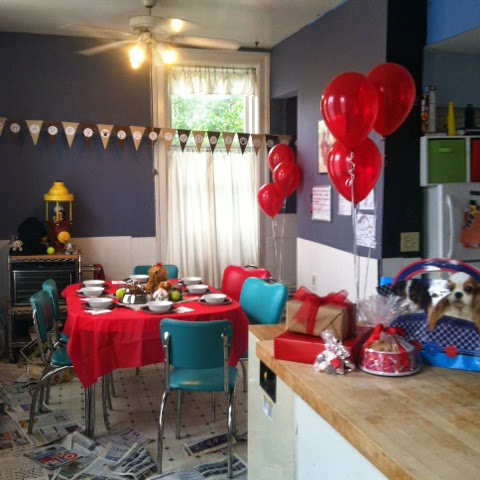